All the events are planned for SATURDAY or SUNDAY. 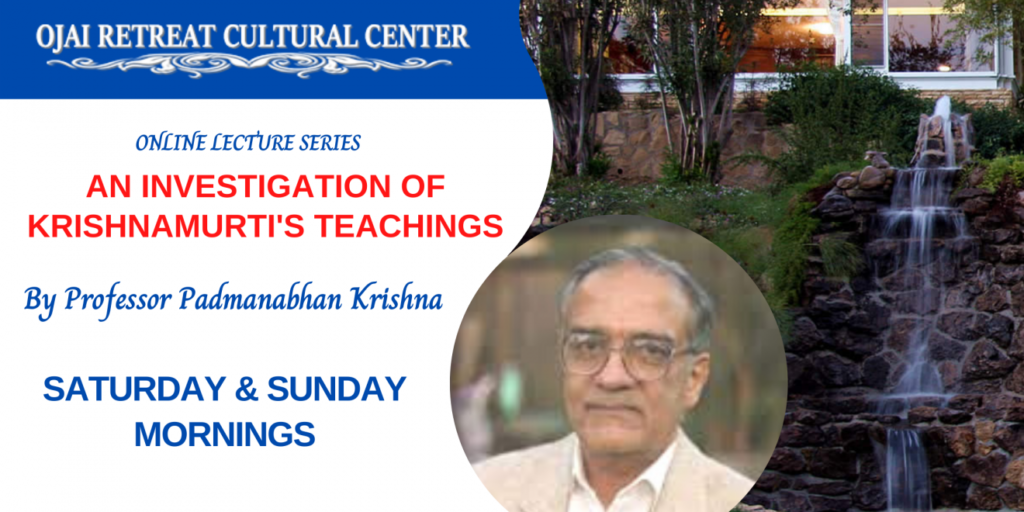 On behalf of Bay Area J Krishnamurti Dialogue Group and Ojai Retreat Group, it is our honor and a privilege to invite you to a series of talks by Professor Padmanabhan Krishna. Though J. Krishnamurti’s teachings do not offer an immediate solution to the current world conditions, these are a wake-up call for all of us and demand us to investigate the possibility of a conflict free world.

Topics:
War and Peace
Approach to Krishnamurti’s teachings
The Art of Living
Personal Interactions with Krishnamurti
Love and Relationship
The Learning Mind
Conditioning, Truth and Insight
Transformation of Consciousness

Benefit Concert for Ukraine. We received donations in the amount of $6,506 that will be sent to “Team Humanity,” a non-profit organization (501,c,3) which offers food and shelter to Ukrainian refugees in Moldova. Thank you very, very much. Not one single dollar has been kept to cover our expenses for this event. A copy of the wire transfer will be posted on our website in a few days. Team Humanity acknowledges the receipt of your donation of 6,506.00 USD received through wire transfer on April 14th, 2022. Click here to see the receipt.

Interview with Marc Whitman. On March 19th The Ojai Retreat Cultural Center continued its monthly series of live, plus zoom interviews exploring Ojai community issues. This began with architect Marc Whitman discussing his idea for the development of the Ojai Unified School District as an Art School. His idea has stimulated many in the community to visualize an adult education center that is not only an art school but perhaps includes environmental studies, a space to learn trades and even a teachers college to enhance the careers of the many teachers in the Valley. He was interviewed by Ellen Hall at the Ojai Retreat.

Interview with The Ojai Valley News. On Saturday, April 9, 2:30 pm, the series continued with Ojai Valley News owner/publisher Laura Rearwin Ward, news editor Marianne Ratcliff, and reporters Perry Von Houten and Kimberly Rivers. Local newspapers have been struggling, losing 2,200 of them since 2005. A few local residents have recently purchased Ojai’s 130-year-old journal of record as Ojai Media and led by Publisher Laura Rearwin Ward. What is the state of Ojai’s local newspaper, what are its values, challenges and vision for the future? Take a look inside the inner workings of our community’s newspaper and join in the discussion with the team bringing the news to our valley. This interview was conducted by Ellen Hall. 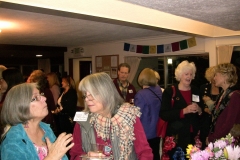 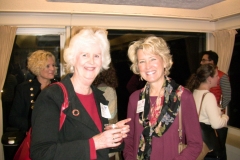 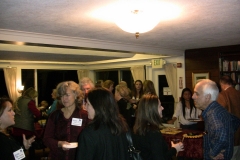 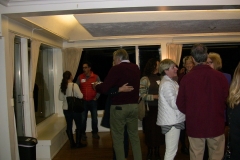 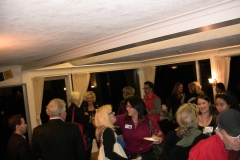 Ojai is situated in a small east-west valley, north of Ventura and east of Santa Barbara. It is approximately 15 miles inland from the Pacific coast.

Since Ojai is lined up with an east-west mountain range, it is one of few towns in the world to have a “Pink Moment” occur as the sun is setting, when the fading sunlight creates a brilliant shade of pink for several minutes on the Topatopa Bluffs at the east end of the Ojai Valley, over 6,000 feet above sea level. Nordhoff Ridge, the western extension of the Topatopa Mountains, towers over the north side of the town and valley at more than 5,000 feet. Sulphur Mountain creates the southern ranges bounding the Ojai Valley, a little under 3,000 feet in elevation.

The Ventura River flows through the Ventura River Valley, draining the mountains surrounding Ojai to the north and east and emptying into the Pacific Ocean at the city of Ventura.

The climate of Ojai is Mediterranean, characterized by hot, dry summers and mild winters, with lows at night sometimes below freezing. As is typical for much of coastal southern California, most precipitation falls in the form of rain between the months of October and April, with intervening dry summers.

The town of Ojai and its surrounding area is home to many unique recreational activities. Los Padres National Forest borders the town on the north, and many backcountry areas within the forest are accessible from Highway 33, which is the major highway through town south to north. To the west, the Lake Casitas Recreation Area offers camping, picnicking, and hiking as well.